Conversion rate increased by 40% within the first four months. 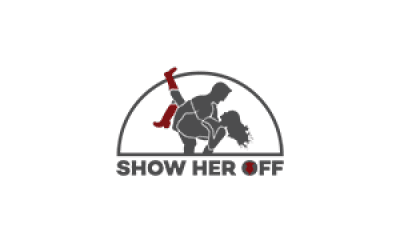 The founder of Show Her Off, Ryan Hunter Masters, started this online dancing brand to help men worldwide learn how to dance. He creates simple-to-understand dance videos showing couples that dancing is fun, enjoyable, and can be done just by anyone.

Ryan is an experienced online marketer who has been driving traffic to his landing page using paid ads channels such as Google and Facebook ads. Despite being well-versed in some areas of online marketing, Ryan had no experimentation background. And this meant that he was leaving a lot of money on the table.

Considering that Show Her Off relied on paid advertising for traffic and conversions, most of their tests were called too early. From an experimentation perspective, this means that they may not have reached statistical significance which renders the results essentially null.

With no development background or developer at hand, our CRO team was responsible for overseeing all the experimentation from A-Z.

Doing a comprehensive data analysis and analytics configuration to track users’ activity on Show Her Off was challenging, considering that it is a one-page-site.

We deployed a team that consisted of a strategist lead, senior CRO specialist, senior UX designer, and senior frontend developer.

Using our SHIP optimization process, we were able to identify a list of conversion killers on the Show Her Off landing page and Facebook Ads campaigns.

We used a combination of expert reviews, user behavioral research, and JTBD interviews to come up with an accurate approach to improving conversion rates.

In a space of two weeks, we had identified close to 100 conversion issues and several new revenue opportunities for Show Her Off.

The team ranked the issues using our prioritization framework to determine which issues will have the most impact on the bottom line while requiring the least amount of effort.

Most importantly for customers that arrived to the site was understanding the emotional pull of the product as well as the Jobs to be Done process that lead them to the decision.

The team conducted 14 interviews and found consistent themes such as:

The team focused on copy and imagery that helped customers visualize their relationship after purchasing such a product.

Additionally, having mapped out the exact testing landscape, we went into a high-velocity testing with a focus on mobile – since 90% of the site traffic was from that device.

We launched 2 to 4 experiments every month to figure out which optimization treatment would work best for the site.

Our team conducted weekly status meetings to keep the Show Her Off team updated about the status of the different experiments, discuss new testing plans, and receive feedback on the current work.

In a span of 4 months, the team increased the conversion rate of Show Her Off by 40%. The emotional and social appeal of the copy and imagery had a significant impact on the site visitor.