The site overhaul generated a nearly 3x uplift in conversions! 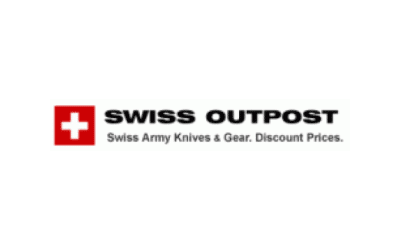 Swiss Outpost is the Swiss Army eCommerce website that used to sell a huge selection of hundreds of Swiss Army watches and knives, as well as Wenger watches, Casio, Citizen, and Luminox products.

Their marketing team only relied on paid traffic to get customers to their site. But their cost per acquisition was higher than they would like and they needed their site’s performance, in terms of conversions, to improve.

When hiring Invesp, the Swiss Outpost’s marketing team didn’t have an idea of what was working and what wasn’t on their site. For many years, their conversion rate had been fluctuating up and down.

“I have been in eCommerce for a long time, we’ve had successes, and we’ve had failures. But we usually didn’t know why we were succeeding or failing. We thought by investing in Invesp and AB testing; we will be able to improve our conversion rate and profit margins.”

Both their marketing and technical teams had not run any experimentation on their site. Many times, they relied on imitating features that they saw on other big eCommerce sites.

Having no experimentation background, their development team faced challenges implementing some of the conversion suggestions we were giving them.

“Earlier on, it was taking some time for our programmers to learn how to put the scripts on to the page to make them work effectively. We got concerned about that, but the two parties worked together, and that ended up working all fine.”

We deployed a team that consisted of a strategist lead, senior CRO specialist, senior UX designer, and senior frontend developer.

“One of the first tests that Invesp did was on the category page, and that increased our conversion rate. And that was early on, and then the benefits continued every day.”

Outside of the UX/CRO issues, the team paid particular attention to Swiss Outpost’s marketing campaigns.

Using our prioritization framework, the team ranked the issues to determine which issues will most impact the bottom line while requiring the least effort.

Having mapped out the exact testing landscape, we launched 2 to 4 experiments every month to figure out which optimization treatment would work best for the site.

“We were impressed with Invesp’s professionalism… Invesp has been very responsive on any issues, they usually propose a test, and they have been diligent following up with our development team to make sure the changes have been implemented.”

The team did a complete overhaul of the category pages to funnel visitors to the products quickly. This conversion opportunity was identified after conducting an expert review on the site – and it helped increase conversion on category pages by 273%.

The team also rolled out a new design for the product pages, and this new layout informed the visitors of all the features and the emotional benefits they would achieve after purchasing the watch.

“Nine months into the system of using Invesp, sales in our site were up by 50%, and that is something we were told to expect in a year.”

The team worked on all pages across the site using the prioritization document they had compiled at the beginning of the process.

“We had a 33% increase in the conversion rate of our product pages, and we liked what Invesp had really done. Their suggested layout designs and other things, we wouldn’t have thought of, that improved the product page.”