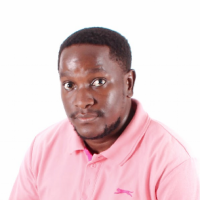 We Love to Talk About CRO!

I share my thoughts and ideas to 30k marketers every week.

Join to get interesting insights right in your inbox!